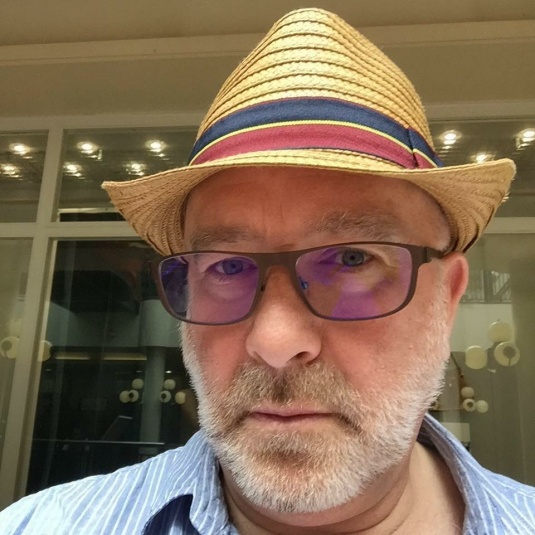 Paul Jackson was born and raised in Newcastle and trained in both music and dance and has worked internationally in both areas. His teachers in dance have included Viola Farber, Erik Hawkins, Kazuko Hirabayashi, Gus Solomons jr, Alfredo Corvino and  Walter Nicks, and in music John Cage, Sir Malcolm Arnold and Virko Baley.

Paul has performed with companies including, Gordon Dance, Nonesuch and Artlink and has created roles in dances by artists as varied as Rudy Perez, Gus Solomon Jr and Walter Nicks. To date he has choreographed 35 works which have been performed in the UK, Europe and the USA. In the 80s he was a member of the education teams of London Contemporary Dance Theatre, Extemporary Dance Theatre and Ballet Rambert. As a pianist he has worked with the Nevada Symphony Orchestra and  as an accompanist to most of the major figures in dance including; Martha Graham, Robert Cohan, Merce Cunninghm, Siobhan Davies, Viola Farber, Richard Alston etc.

He has written extensively on dance and and music and  in 1997 was awarded the Chris de Marigny Dance Writers Award, and was a regular contributor to Dance Now. He is the biographer of two of the leading figures in 20th century art, Oscar winning composer Sir Malcolm Arnold and the founding father of British contemporary dance Robert Cohan CBE, with whom he has worked closely for over 10 years.

Until his recent retirement he was Reader in Choreography and Dance at Winchester University and was an Artistic Assessor for Dance and Music for Arts Council England.

He now lives in Berwick upon Tweed.