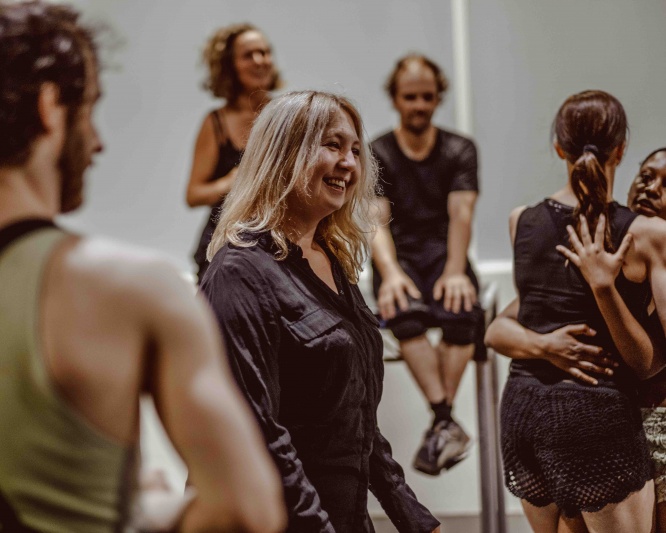 Liv trained at the Arts Educational School, Tring for five years, and completed a BA (Hons) at the Laban Centre, London. She established balletLORENT in 1993 and went on to represent the UK in the Deuxiéme Rencontres Choréographiques Internationale. Liv became an Associate Artist at the Place Theatre in London, before relocating to Newcastle upon Tyne in 1996 to become resident choreographer at Dance City.

As Artistic Director of balletLORENT, Liv has been touring works both nationally and internationally to much acclaim including: Strange Glitter; The Ball; la nuit intime; Angelmoth; Designer Body; Blood, Sweat & Tears; Underneath the Floorboards; Rapunzel; The Night Ball; Snow White and Rumpelstiltskin. The company has collaborated with other international companies including; Carte Blanche, Bergen in 2009 for a remount of la nuit intime; Eunetstar in 2005 for a European Street Art Festival tour of The Ferryman; Cultuurcentrum Brugge programmed The Ball in 2005 at Koninklijke Stadsschouwburg and Tanzhaus NRW Dusseldorf, Germany in 2004.

Liv enjoys working with performers who are diverse in terms of their age and experience. Many works created since the early beginnings of balletLORENT have featured an intergenerational cast and have included children, older people and pregnant women alongside the professional dancers. These large scale works of twenty to eighty dancers include PassAge to Passion; Life Stories; La Famille; and MaEternal. Thirteen young people and children aged between 2-17 years old joined balletLORENT’s professional dancers on stage for the national tour of Rapunzel; eleven 5-8 year old’s featured in the national tour of Snow White; and Rumpelstiltskin featured a community cast of eight children between 5-8 years old and up to five older people aged 65 and over.

Commissions for Liv include: Propeller for the BalletBoyz; tenderhook and the Herald Angel award winning LUXURIA for Scottish Dance Theatre; Into the Mouth of the Orchid for Singapore Dance Theatre and Movement Director  for Great North Star.  Liv has collaborated with Northern Stage since 1998 with Threepenny Opera and choreographed their 2009 Christmas show Peter Pan.