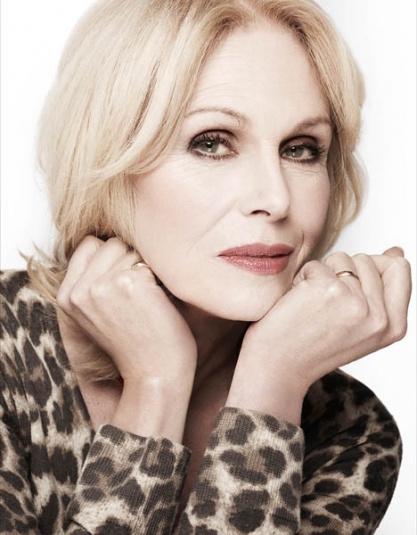 Joanna played “Purdey” in twenty-four episodes of “The New Avengers” and recorded thirty-four episodes of “Sapphire and Steel” both programmes are constantly being transmitted world-wide.  Her experiences of living alone on a desert island were filmed for a BBC Special “Girl Friday”.  Joanna is probably best known on television for her hugely popular role of ‘Patsy’ in the award winning series “Absolutely Fabulous” for the BBC.  In 1996 she travelled to Bhutan to film a journey made by her grandparents “In The Kingdom Of The Thunder Dragon”; other television work includes “A Rather English Marriage” (for which she was nominated for a BAFTA as Best Actress in a Drama ) and in 2000 found a new role as co-producer, for the series "The Cazalet Chronicles" for the BBC.

She has written five books, has an extensive theatre career and was awarded an OBE in the 1995 New Years Honours. Among the many charities she supports are The Princes’s Trust, SightSavers, The Born Free Foundation, Thames Reach Bondway, Ataxia and famously The Gurkha Welfare Trust.

Joanna is also the presenter of several highly respected travelogue documentaries.  In 2018 she presented the BAFTA awards in London.