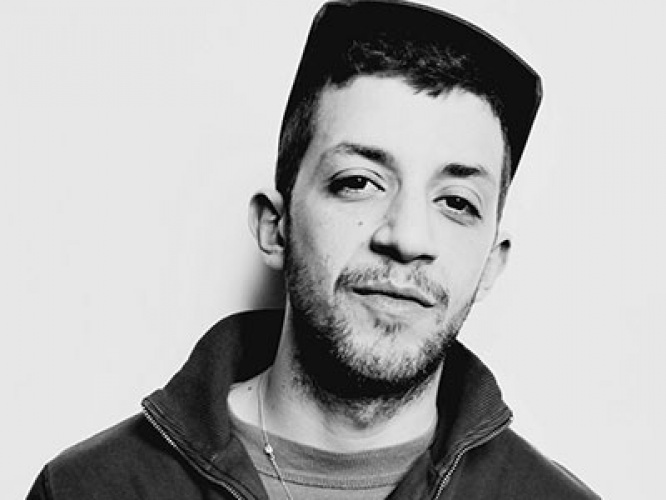 Nasir Mazhar is a British fashion designer, born in London to Turkish Cypriot parents. Producing menswear and womenswear with a strong focus on accessories, he is also the MA Fashion Menswear tutor at Central Saint Martins.

His first collection of hats was shown in 2006, gaining him sponsorship to show at London Fashion Week, through the British Fashion Council and Fashion East. Combining the historical, sculptural and often comical to create arrestingly cinematic visions, Mazhar’s distinct aesthetic soon attracted headwear collaborations with the likes of Viktor & Rolf, Louise Gray, Meadham Kirchhoff, Gareth Pugh, Bernhard Willhelm and Mugler, as well as commissions from recording artists such as FKA Twigs, Madonna and Lady Gaga. In 2012 he designed the headwear for the opening ceremony of the UK Summer Olympics, and in 2013 he launched his first full ready-to-wear range for both men and women. Since then his work has focused on artistic progressions of the tracksuit, and celebrations of youth identity surrounding London’s urban music scenes, with a strong focus on diversity.

Nasir designed the costumes for the English National Opera's War Requiem in 2018, and the headwear and caps for much acclaimed movie Mary Poppins Returns.