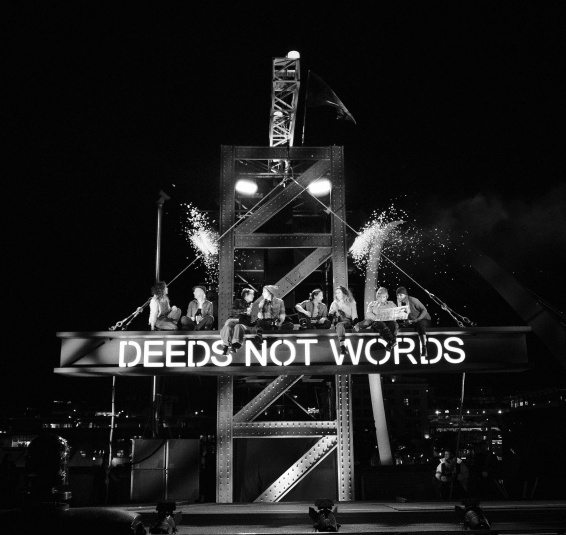 Liv Lorent was invited to be the Movement Director and Choreographer for the closing ceremony of the Great Exhibition of the North, Great North Star.

With a community cast of 100 women and 25 men (our biggest ensemble yet!), Liv and the balletLORENT dancers created powerful movement to accompany the production, written by Louise Wallwein and directed by Bradley Hemmings.

Performed on a 75 metre track, the work was about equality, the suffragette movement and Liv's ongoing passion to allow people to have the right to protest. The dance captains (all members of balletLORENT), performed alongside the incredible volunteer cast, and as ever performed without hierarchy and prominence, but all equal across the long lines of the outdoor stage. It was a privilege to meet so many extraordinary people, and to tell a story about the empowerment of women.

You can watch the full performance on BBC Online.

Lady Tyne, she glimmered and smiled so proudly tonight as the stage lights lit her shimmering surface… A stage I was lucky enough to take to… to pour out my support and show my emotion for a cause of a time before me and in front of me… a memory that can never be taken away… Bunny Whitehead, Community Volunteer Performer