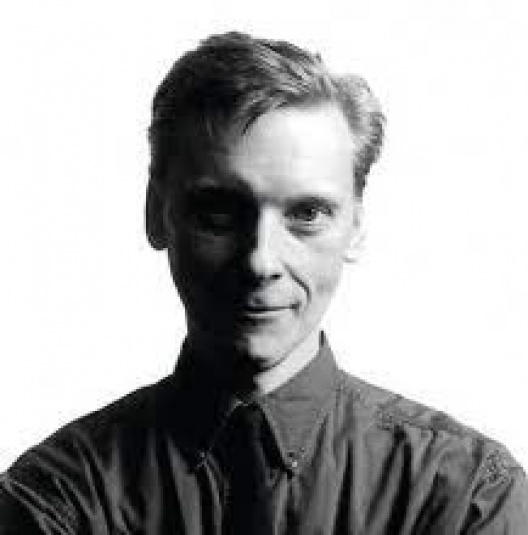 It is perhaps not often that a critic, well-seasoned or otherwise, nips round to the stage door once the curtain has descended on a show to thank its cast and makers for their efforts.  But that’s what this dedicated theatrical bloodhound did after seeing balletLORENT’s The Lost Happy Endings at the Family Weekend at Sadler’s Wells during the Easter holidays. Imbued with charm and wit, created with craft and spirit, the performance made me happy indeed and I just had to share my enthusiastic appreciation with those responsible for it.

The narrative springboard for director and choreographer Liv Lorent’s two-act dance-theatre production is a short story by Carol Ann Duffy, a regular company collaborator. Duffy’s neat, clever text has been converted into a voice-over delivered in just the right plummy, borderline tongue-in-cheek tone by Joanna Lumley. The elemental yet stylised setting is a moonlit forest realised, with magical economy, by the designer Neil Murray via a few tree-like, laddered platforms framed by an equally artful backdrop of leafy branch shapes. Featuring material that glows, glitters or shine, the production is textured to catch or give off light.

In this darkly sparkling wood dwells our central character, a girl named Jub who is said to have six fingers on each hand. Jub’s much-loved job is to dispense, at bedtime and from out of a green sack, all the happy endings that belong in the stories read to or by children. The moon mentioned earlier comes in handy here, for the large suspended disc also serves as a screen upon which we initially see kids pleasurably reading or, later, thrashing and wailing. Why the latter behaviour? Because the nub of Duffy’s tale is that a miserable Witch has deliberately stolen the much-needed denouements of which Jub is the sole keeper.

Lorent, her creative team (including composer Murray Gold, whose recorded score is by turns jaunty and lyrical, and lighting duties shared between Malcolm Rippeth and Michael Morgan) and a ten-strong cast bring a fairly simple premise to delightful life, animating it particularly through vigorous, character-based dancing enhanced by costumes (credited to Nasir Mazhar) that are ingeniously fun and also environmentally-conscious. The performers embody various fauna – from bat and elephant to gorilla and stick insect – and flora, and even some sylvan fog. An even bigger kick comes when, thanks to a mischievous twist in Duffy’s narrative, they assume the identities of a host of familiar fictional characters. Imagine the denizens of classic fairy tales being issued fates cruelly, but humorously, unfulfilled: a Snow White who stays dead after biting the poisoned apple, a Little Red Riding Hood never liberated from the stomach of the Big Bad Wolf, a Prince who remains a Frog, a Sleeping Beauty who can’t be woken, and so on. It’s patently funny seeing things go so wrong or, as in the case of Alice in Wonderland and Goldilocks, plain wild.

Those two roles are played by a young gymnast and actor, Thomas Charlton in his professional debut, with a rib-ticklingly crazed, tumble-and-roll energy that is both totally off-the-wall and welcome. Other cast members, meanwhile, have been working with Lorent for decades. That range of experience is heartening. One of the longer-serving balletLORENT dancers is the wonderfully leggy Gwen Berwick whose long, innately elegant and elastic physique belies Duffy’s somewhat stereotypical description of her character, the Witch, as a vicious, spitting and embittered crone. But the Witch’s deep-rooted meanness is given a sympathy-inducing explanation (she’s twisted inside, historically), plus a welcome redemption. How appropriate that the show’s core warmth extends to her too. Much of its basic geniality is sourced in Benedicta Valentina Mamuini’s lovely performance as Jub – so at ease in her body (note the small but fast steps she makes when pleased or excited), and with such a beaming smile. Mamuini radiates anchoring goodness.

Lorent’s choreography throughout has some of the same the physical extravagance I remember well, and fondly, from her sensual and/or sexual work for adults, only this time – and in more recent years – channeled into all-ages entertainment. At the end of the performance the fairy tale characters dance together freely, as if liberated by having been reunited with their true selves. The stage world of The Lost Happy Endings has been made right again – that is, made happy. Without meaning to lay too heavy a burden of expectation upon balletLORENT’s endearing work, the show conjures a state of being from which the world at large might well benefit.