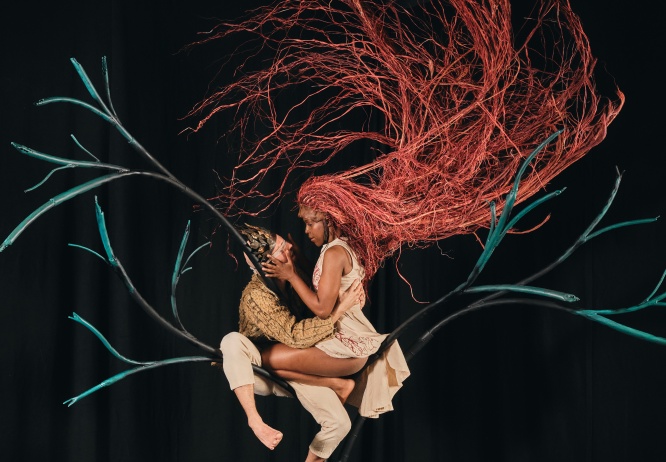 We are presenting the introduction to the story of Rapunzel from the Artistic Director Liv Lorent MBA as it is told in balletLORENT new production Rapunzel.

With delight we bring back for family audiences this poignant and dramatic retelling of Rapunzel. In this new edition of Rapunzel - 10 years after the original premiere - we have packed in the character and thematic revelations that became apparent to us during the touring of the show. We also have had the benefit of an extra decade of life experience. This production is re-invigorated and ambitious and ready we hope to thrill and carry you away.

Many of us are familiar with Rapunzel as a stolen baby who was bargained away to the Witch in return for stolen Rampion. And we know about the hair, and a passing Prince who helps her escape. But there is so much more! We have delved deep into the story with Carol Ann Duffy and explored the soul of the characters and their urgent desires for love, parenthood, escape from home and reuniting with a lost love.

In our version, the Wife and her Husband are key to our interpretation of this famous tale. In the original story the couple who so desperately wanted a child that they stole the Witch’s Rampion, frequently disappear from the story once their baby is claimed by the Witch. In our retelling the rest of the story is told through the eyes of the bereaved parents who sustain themselves with fantasies of what could be happening to Rapunzel.

In the story that they write, her strong resolve allows her to escape out of the captivity of the Witch’s adoration and the dreaded tower, and her tenacity saves her life. Rapunzel is a role model for many of us, and she is so much more than her hair!

The Prince too, gets a refreshed role in this production, where we consider the price of his own Royal entrapment, and in our story he and Rapunzel are both challenged to save themselves and each other.

Many heartfelt thanks to the cast and collaborators who made this unique production relevant and fascinating to adults and children. You make fantasy become a reality.

Buy your tickets for Rapunzel After Dark here: https://bit.ly/rapunzel-after-dark