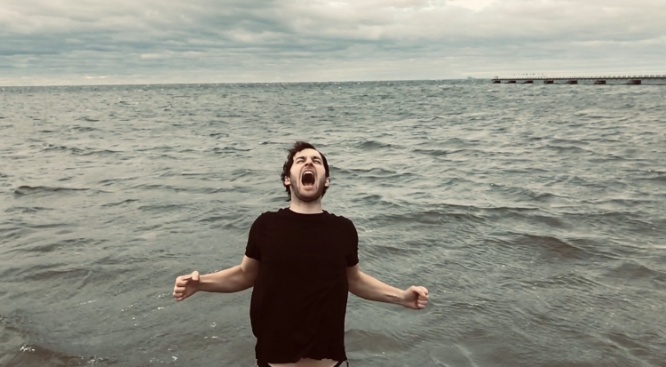 One Year of Lockdown

The daffodils being out make me remember a year ago, and how it felt for us all to go into lockdown for the first time. I think the anniversary of a whole year makes us count the cost of all the things we have not had the chance to experience in our expected version of normal life. And there are countless people and experiences to miss in this length of time

The Current is made from a view point of our often claustrophobic living, and an excess of trapped emotion. It is about all the moments when we want to let out a desperate howl at the unnatural, locked and lonely situations we find ourselves in.

The dancers are responding with imagery of experiencing the body as its own stress ball. They illustrate movement and action that makes you feel momentarily like you might be escaping from confinement and entrapment, and makes you feel free.

I am so grateful to all the balletLORENT dancers who have gone through this incredibly challenging year. They have continued to work with me from afar to keep finding a way to tell truthful stories through the body. Through The Current I believed we could make a film that safely explored the edges of our inner frustration, and perhaps the relief felt from the physicality of the dancers can extend to all who experience the watching of the film.

Watch The Current, an artistic response to the year of lockdown the nation has endured.

As the UK, and countries around the world, reach the milestone of the one-year anniversary of the first Covid-19 lockdown it is an interesting moment to take stock, as hopefully we look forward to restrictions being eased, and share with you again The Current.

The pandemic has brought chaos and devastation globally and has claimed millions of lives and impacted millions more. Interconnectedness is now no longer a buzz word, but something tangible, real. We all carry the scares of the last year in some form, for some these will be more visible than others, but for many no less deep. The rollercoaster of lockdowns, uncertainty and doom-scrolling the news, yes doom-scrolling is a thing, has shaped, in some form, the way we view the world, at least for now.

I think many of us, for quite some time will talk about how ‘everything’ has changed. Searching for a sufficient lexicon proves difficult to describes the numbing, the staying-put, the fear, the anger, the inability to comfort loved ones far away over an internet call, and of course that ultimate devastating price. We all have ‘zoom’ to add to our common vocabulary and ‘bubble’ takes on whole other meaning a year ago would have been unimaginable.  It is perhaps a mark of our privilege, living in a rich European country that we have not lived through this sort of chaos before and for many around the world living with disease, famine, poverty and totalitarian regimes this unfortunately will not be too far away from the status quo.

But keeping things relative, it was this frustration that Liv first asked the dancers of balletLORENT to explore for a new video. ‘We need to offer a vicarious trip for our audience in lock-down. A way out. But importantly not only the frustration, but the pay-back, the release of this time and tension’. How many times has anyone wanted to throw a plate against a wall, squash a tomato or three, dance in the mud, jump in the freezing sea with all their clothes on, scream in the bath, pour cake mixture over their head, eat broken glass… I have no doubt many of us. But few probably could or would and, fewer still probably would want to clean up the mess! Of which there was much!

So off we went, twelve year old Albie included (bribed with hot chocolate and action figures so we are told) who is also the ultra-talented composer and musician of the soundtrack, with our phones to film and re-film, and… re-film (because the battery died or a bird sat in front of the lens) the scenes Liv asked for. Sometimes with more success than other times. We balanced our phones on baths and ledges, watching as they toppled off, we ate frozen cake, we ate flowers, we ran and danced in parks, in the snow and the rain. We cut our hair and we washed our make-up off. We let off steam.. And that is what this is about. Letting off steam. And I did. Of course, nothing compares to making art together, but adaptation has been a tenet of this year.

As dancers, yes, we have had our lives turned upside down, inside out and lost a lot, but no more or less than other areas of society. We feel it keenly, because that is how we live, we express ourselves for the enjoyment of others. To hopefully leave the world a little lighter than when we found it. And of course, the theatres remain shut. We have lost the best part of three tours. But The Current is however about all of us, in this time, it is a snapshot of frustration and release for you to live though. It is powerful and poignant lament for ourselves and each other, but it also full of humour; tears of sadness and happiness intertwine often. The end offers a glimpse of that carefree day we all yearn for carried along by Albie’s wonderful original music. So, The Current is for you, we smash that plate for you, so you don’t have too.