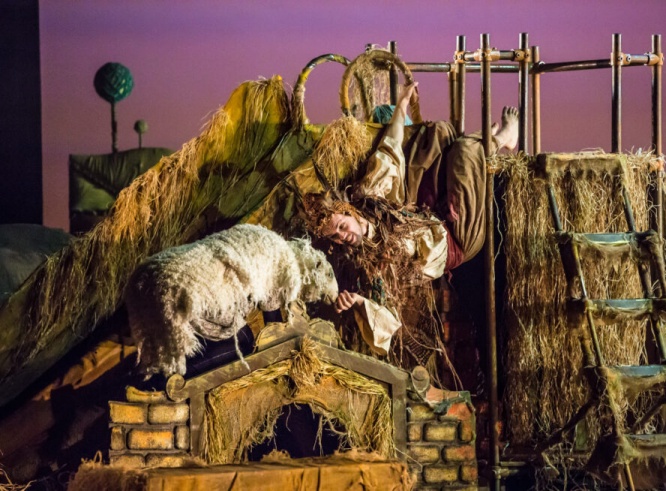 We're taking our film of Rumpelstiltskin to Alnwick Playhouse in February 2020. We filmed a live performance at Northern Stage in 2017, supported by The Space and the Arts Council.

An original adaptation of the beloved Grimm Brothers tale of Rumpelstiltskin, choreographed by Liv Lorent and retold by Carol Ann Duffy, filmed from a live performance at Northern Stage.

“What will you give me if I spin straw into gold for you?”

Rumpelstiltskin is the story of the outsider shunned for being different. He is the original super mutant, and fairytale X-man.

“…the spirit of his mother was with him always… her love for him was so strong that the boy learned to turn ordinary things into gold.”

A story of love, obsession, grief and reconciliation in a film made as much for adults as it is for children. This is dance theatre for 21st Century family audiences.

It is a thing of magic and beauty ***** (David Whetstone, The Chronicle)

Winner of the Fantastic for Families Audience Choice Award

Watch the trailer for Rumpelstiltskin

(Premier seating available for an additional £1.00 per ticket)

We will also be holding a family creative dance workshop  on same day at 11.30am.

This is for all the family and based on Rumpelstiltskin. Full of fun, dance and creative play. Explore the wonderful world of this well-known fairytale, including spinning gold, sheep trails, wool winding, and fireflies!

Special Offer: Save 10% when you book for both the workshop & screening of Rumpelstiltskin by balletLORENT