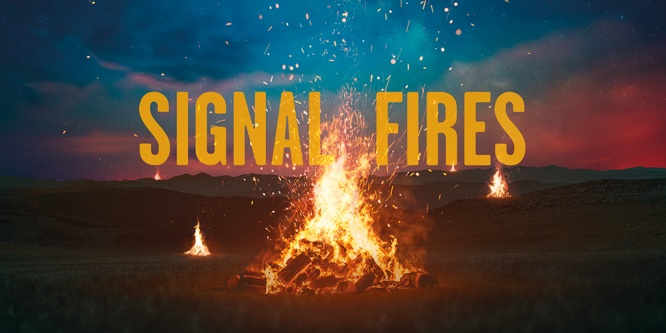 The UK’s leading touring dance and theatre companies are uniting this autumn to present Signal Fires, a nationwide project inspired by one of the original forms of theatre – storytelling around a fire.

As part of Signal Fires on October 30th, we offered a digital excerpt of our upcoming film adaptation of The Lost Happy Endings. The Witch does not believe in Happy Endings, she believes that “hard truth is better than fairytale fiction", so she takes the Happy Endings and burns them in a fire. But of course she is wrong, and finds a new Happy Ending that is just for her, and it changes her life forever.

The Witch and the Words

Each company will self-produce an evening of work – a signal fire –  at a different location across the UK in celebration of our fundamental need to tell stories, in order to help make sense of the world around us and reimagine the future. Presented outdoors in front of socially-distanced live audiences, or digitally for those who are shielding or currently unable to travel, every signal fire will incorporate a different form of physical fire, ranging from large-scale bonfires to candles, virtual fires to campfires, and BBQ’s to mobile phone lights. Working with hundreds of UK freelancers each company’s fire will be different from the last, spanning different disciplines reflecting the breadth and diversity of the touring circuit.

In light of the current crisis, the signal fires will create beacons across England, Scotland, Wales, and Northern Ireland warning of the threat the industry continues to face while celebrating the extraordinary vibrancy of touring theatre and the freelancers they engage. Stretching across four nations, this festival of fires will connect audiences, freelance artists, and touring companies together in a communal, national act of storytelling.

The health and safety of audiences, artists, creative teams, and staff alike is of the upmost importance. All companies involved in the project will implement COVID secure measures to ensure that their full process, from rehearsal to performance, is in line with the current government guidelines, following strict hygiene protocols and allowing for social distancing.

Signal Fires will run from October to November at various locations across the UK. Further details will be announced shortly.