A quartet about love, and abandonment. The powerful music of Janáček had a very strong influence on the choreography, and the movement was created from a high idealism of the most passion people can offer each other. This graduation work, created at The Laban Centre won the choreography prize for the year, and became the first of balletLORENT’s works to be seen outside of London. 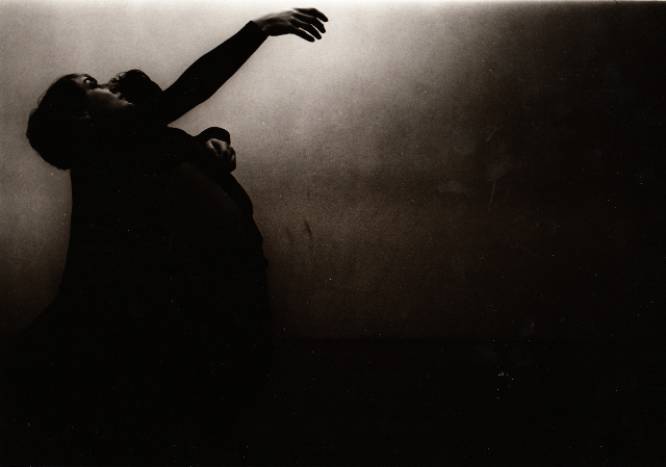 Rot was a re-imagining of an earlier piece called 9 1/2 Minutes. Liv Lorent explored how people might behave in the run up to impending war and how that time was spent under duress, unpicking the romantic notion that the last minutes a couple might spend together would almost certainly be a movie portrayal of blissful optimism. This was the real starting point to Lorent's forensic examination of gender and relationships.

This piece was part of the London Barcelona Exchange

Music: Lee Deal Albatross 1 and 2; John Was The Swan; Alfred Schnitke Concerto for Piano and Strings

Liv Lorent’s fascination with this glorious seabird inspired this deeply moving ballet. The albatross is a bird that mates for life and has very sadly become endangered due to being ensnared in trawler nets. Concerned with grief and passion; flight and fall; the dancers performed lifts and dives which propelled them into a spiral of desperation.

Dancers: Three professional dancers and 80 community participants aged 8-82 years. The older people were from Ashington, Gateshead and Newcastle and the young people from Heworth, Walker and Bothal Schools.

A chance meeting at The Place theatre bar with Janet Archer secured Liv’s first choreographic commission and became a catalyst for a young company and choreographer who had never before travelled to the North. The cast was comprised of 80 performers from Walker, Central Newcastle, Gateshead and Ashington and they were all either under 14 or over 60. This commission relocated Liv to the North East and was supposedly a temporary move out of London, but she stayed and now calls Newcastle her home.

"The outcome was spectacular, sensitive and moving. The older performers were motivated by, willing to take risks for, and inspired by Ms Lorent’s work." Brenda Bond, Chief Officer, Age Concern, 1996

This trio was significant as it was the first full length work balletLORENT created solely on paid professional dancers. It was made in Newcastle and premiered in The Place Theatre, London, when choreographer Liv Lorent was a Resident Artist. Accompanied by a collage of contemporary Estonian music, the work was a story of unhappy love. This piece signified the beginnings of a new aesthetic for Liv. An urgent, ultra-committed physicality and emotionally vulnerable performance, which the three dancers brought to the creation of this work. The Director of Dance City Janet Archer introduced dancer Caroline Reece to Liv who has since had roles in most of balletLORENT’s works, most recently Rumpelstiltskin and After Dark.

I Say Me but I Could Say Man Any Man?

Choreographed by Liv Lorent in collaboration with Tim Rubidge

As a finished piece ‘I say me, but I could say man, any man?’ did not have a long life - too out there for regional venues? Who knows... but in my mind it was an important piece and found its way into the territory of what contemporary choreographic practice can be when it is unrestricted by the ephemeral. 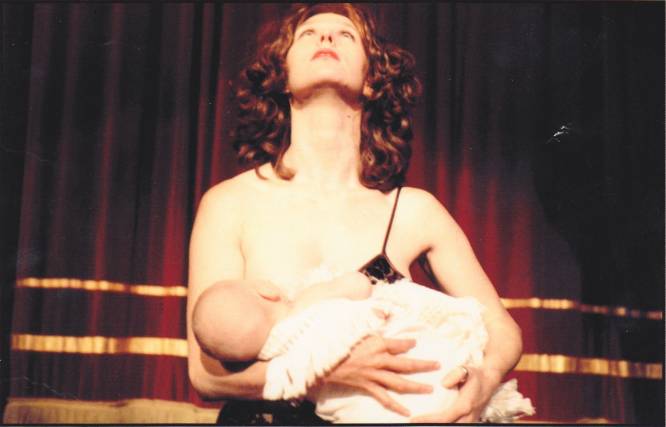 Premiered: Sunderland Empire Theatre and recreated in Kendal and Barrow-in-Furness with the North West premiere at the Brewery Arts Centre, Kendal.

The interest in working with different generations that had begun with PassAge to Passion continued with La Famille. balletLORENT dancer Helen performed with her baby, Molly, and joined a cast of 30 community performers and three other company professionals. balletLORENT also created a whole new full-length work also called La Famille in Barrow-in-Furness and Kendal.

"My daughter Victoria and I already danced in classes at Washington Arts Centre and it was there that we heard about an audition/production by balletLORENT. The workshop was for any age and dance ability so we went along together. At the workshop we learned that the production 'LaFamille' was to explore a whole range of family relationships and experiences. I would get to dance with Victoria, which was a lovely experience. We got to take part in two whole cast routines but we also got to perform a routine for just the two of us. Twenty years on I still remember it. We performed at Sunderland Empire and at Hartlepool Civic Hall. It was a great experience. So much so that it has brought me back to perform again and again."

By continuing to browse or by clicking “Accept All Cookies” you agree to the storing of first- and third-party cookies on your device to enhance site navigation, analyse site usage, and assist in our marketing efforts. Cookie policy